Ed 'The Maestro' Rosenblatt, musician/music director/director/actor, has been involved in musical theater productions throughout Connecticut for 25 years as an actor, singer, composer, director and music director. He is very proud to call The Arts at Angeloria's his musical theater home. Since being affiliated with the A@A, he has music directed "Camelot", "The Who's Tommy", "Mame", "Bunnicula", "I Love You, You're Perfect, Now Change", The Fantasticks", and "She Loves Me".  He has composed original music for many of the productions at The Arts at Angeloria's. Ed has also been seen on the stage at The A@A's most memorably in his role as Detective Stone in the critically acclaimed June 2019 production of "City of Angels"- a bucket list show.

Lori Holm, executive and artistic director, relocated to Connecticut from the Napa Valley many years ago and has found her niche in New England greasing the wheels of bright young minds in her day job, making art and music, teaching the arts to others, designing costumes and sets for various theatrical productions, directing shows, learning lines and music for an upcoming theatrical venture, or playing in the sun during the A@A's summer camps! Lori’s love of all arts can be traced back to her grandfather- a muralist, painter, and musician.  Over the decades she has designed countless advertisements, logos and posters in addition to the artistry she brings to her canvases, gardens, photos, crafts and to the theatre. As was the case in California so it is here... Lori has made it a point to surround herself with loving, like-minded, talented, and creative individuals who understand that life is a feast for the eye, the ear, the mind, the heart, and the soul.

Renee Andrzejczuk, house manager, has lived in Connecticut her whole life. She has always had a love of musicals and plays which she gets from her parents. Although she will never be seen on stage she loves working behind the scenes helping to support all to have a wonderful experience. She has found a home at the Arts of Angeloria's.

Kim Turret, Costume Manager and Designer, is thrilled to join The Arts at Angeloria’s team. She began sewing and designing clothing items as a child, influenced by a family lineage of amazing seamstresses. Creating fashions and costumes was a logical direction for Kim over the years, expressed through ballet productions, high school productions, and summer theater. This combined with a Masters Degree in the field of education and experience as a classroom teacher, Kim is ready and most willing to share the art of costuming with student interns at Angeloria’s.

Peter Weidt, director/stage manager/actor, has always had an interest in live theater. His first love is performing on stage entertaining audience with his art. When not on stage, he has volunteered to build sets, paint sets, lighting, and work on stage crews. Having moved to Connecticut in the 90’s, he took a ten-year hiatus before stepping on the stage again. He has added to his local theater resume during the 21st century by stage managing, taking on lead roles, and directing his first play under the guidance of the Arts and Angeloria’s artistic director.  He continues to volunteer for any job to be close to the art of his love – the theater. 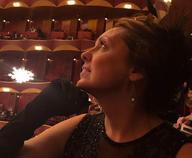 Larch Purinton, technical director, started doing sound and lighting for musical theater in the early 1970’s. He has been a broadcast television engineer since 1984.  He brings his professional technical experience to every local community theater show in which he is involved. 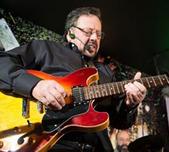